Salesforce accelerates its 10-figure acquisitions, making its third such deal in 18 months. The $1.35bn purchase of ClickSoftware is notable not only because, coming just days after the close of its $15.1bn reach for Tableau, it represents an uptick in billion-dollar transactions from the CRM giant, but also because it marks a new phase its Salesforce’s M&A strategy – paying $1bn for a bolt-on acquisition.

In its five previous $1bn-plus purchases, Salesforce launched new lines of business, beginning with its entry into marketing software when it bought ExactTarget back in 2013. More recently, it got into data integration with MuleSoft ($6.6bn) and drastically reshaped its BI portfolio with Tableau. In reaching for ClickSoftware, a developer of field services management applications, Salesforce adds to its already sizeable Service Cloud offerings.

Only twice in any of its previous 57 acquisitions this decade has Salesforce added to its Service Cloud. The reason: it hasn’t needed to. Service Cloud generates about $3.6bn in revenue, making it the second-largest of Salesforce’s product groups, just behind its $4bn Sales Cloud, which it will likely catch, as the former grew 27% and the latter 13% year over year in the last quarter. 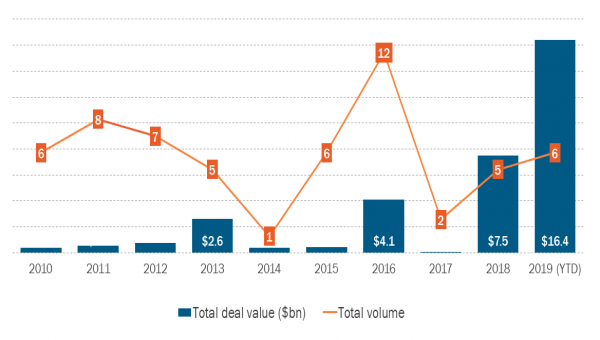